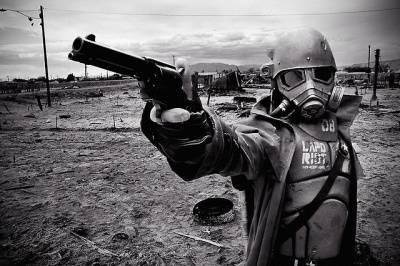 In 1929 ‘zombies’ made their debut into the public mainstream by means of the novel ‘Magic Island’ by William Seabrook. A year later Bela Lugosi, the ancient horror icon, made them popular. Since then we’ve seen legendary writer Wes Craven and Hollywood super-director George Romero truly bring them to the forefront of our minds. However the genesis of the zombie creature comes not from Hollywood, but from ancient Haitian culture. The idea of a zombie in Haitian terms, essentially, is the rising up of a dead person by means of magic. No matter the genesis of these awful creatures one fact remains: they are real, they are here, and you need to learn how to survive them. Let’s look at a quick couple of facts before delving into the nuts and bolts of weathering a zombie apocalypse.

-When the Zombies Come, Your Brain Is Not Their Desire
In popularized media the zombie menace is attracted to the brains of the living. They exist only to feed on the flesh of those unlucky enough to still be alive to fear. Forget this. Wipe it from your memory. Your brain will remain in its headcase unless something rather untoward happens. It is your flesh, down to the tiniest scratch, that you will need to protect.

-When the Zombies Come, Quarantine Will Fail
‘Chaos Theory‘ insists that no system is perfect and that no quarantine can be 100% effective. While the mathematical based logic was made popular in the film, ‘Jurrasic Park’, its concepts are real and are applicable in the real world. If there is the possibility of a punctured quarantine zone then expect it to happen. It would never occur any other way. When the sick begin to show up at the hospitals and get whisked away into the back of buses heading to nowhere rest assured that you will see them again, on the other side.

-When the Zombies Come, The Rules Have Changed
You may or may not have seen the hit zombie television show, ‘The Walking Dead’, but to sum up the core tenant of the drama we can say that the rules ‘have changed’. Characters in that television show struggle to reconcile their old ways with this new world. Forget your old ways immediately for you and your loved ones will be better for it.

How can you survive an enemy that rises from the dead to consume you? How can you survive an enemy that grows every time one of your own falls? The answer, surprisingly, is simple–just very hard to actually enact. What you need to do is gather supplies, quarantine yourself, and get away from populated areas. Your goal now is to outlast the enemy. Let time, weather, and warfare reduce their number and wear them down. The zombie menace is still made of matter and they are already decaying. A couple of hard winters will put the bulk of them out of commission. But how do you get to this point?

The most important task you will face, upon realizing that the apocalypse is upon you, is to pull together a team of trustworthy companions. There is safety in numbers but only if those numbers are united and working toward on common goal. This means that you need to bring with you the strong of muscle and heart. You don’t want some macho dude trying to co-opt the group in order to advance any sick desires. Though the rules have changed for the rest of the world, they should continue to exist within your group. Anyone who does not understand this must be left behind, by any means necessary.

Though movement is life, it is worthless if you do not have with you the means to survive. When the zombies are upon you it may be hard to get to guns, medicine, and clothing. You need to work your entire team to the bone in order to collect these supplies anyway.

You need conventional medicine, tylenol and penicillin, – your apocalypse motorcycle helmet (duh!) – as well as modern weaponry. Alongside these supplies it would be absolutely imperative to nab yourself some fuel supplies, canned food, and clean water.

The zombie menace is the perfect, most ironic, menace that man could face for it is just a perverted version of man turning on its own image. Zombies cannot exist without victims and in order for you to not become a victim yourself you need to relocate. Move out to the middle of nowhere. Get deep into the country, the woods, or the dessert. Here there will be less zombies due to the fact that you are so isolated. Build your shelter up and off of the ground. Use a ladder that you can pull up as an access point. A zombie won’t start crawling up your tree and you will be able to sleep restfully. Avoid attention. Don’t manicure your property, let it grow wild, and let your dwelling become part of nature. It should be impossible to find unless you know that it is there.

The threat of a zombie apocalypse comes primarily for those that are not prepared or not ready to do what is required of them. Now that you have the knowledge to survive, you have the means. Become prepared. Stay in your peak fitness. Create escape plans, bug out bags, and routes to isolated areas. When the dust settles and the undead are roaming the Earth, only those with this guide will be left to take it back.

If you are going to make it post-apocalypse, you should know how to shoot a bow and arrow. Not just from the ground- from your motorcycle.