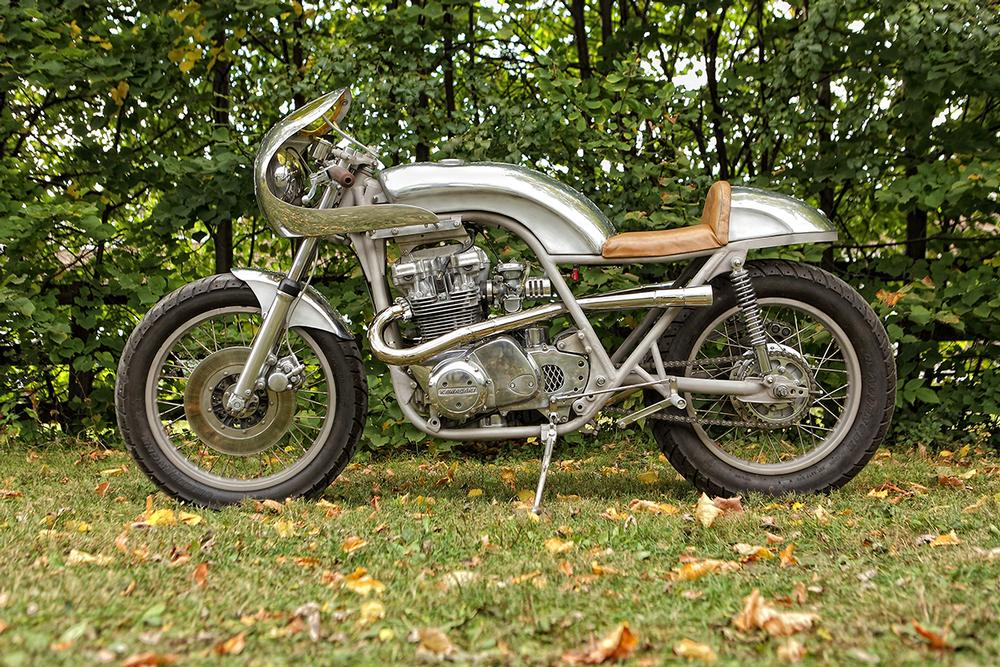 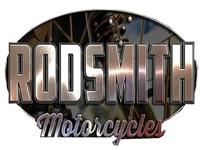 When Craig stripped off the old tank and saw the lines of the frame he decided to make a tank to accentuate those lines. The second most striking piece of custom sheet metal is the front fairing that Craig says he almost gave up on. Well thankfully he didn’t because that is a gem. According to Craig: “With the body work on the Kawasaki I used traditional tools (many of which I made), such as hammers and dollies and, obviously, an English wheel. I usually do a mockup with cardboard outlines before I form the metal. Every piece of aluminum on the KZ started as flat stock. I like to make as many pieces myself as practical, on this bike that includes the rear sets, brackets, exhaust and air cleaners. I designed and constructed the seat to have a simple, clean look and kept the sewing at a minimum (Yes, I can sew as well). The tailpiece houses an EarthX lithium battery and the electronics.