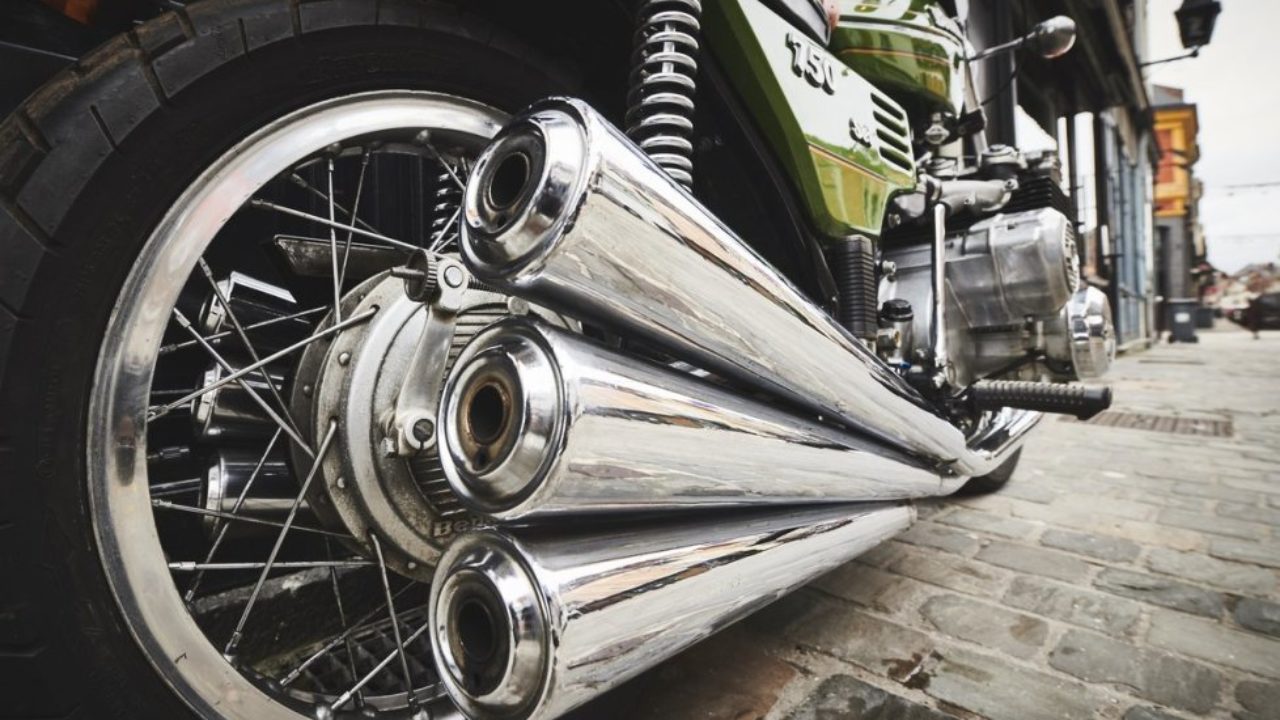 Compare the average cool motorcycle rider to your typical daily car driver. Any rider with even a skerrick of self-worth will probably be able to give you an impromptu 30-minute lecture on motorcycle safety tips. And the car driver? Well, if it doesn’t involve seatbelts, bald tyres, and not driving drunk, the cager will probably come up empty-handed after about 30 seconds.

Why? Because whether we like it or not, we have the idea that motorcycles are dangerous drummed into us from an early age. Quite naturally, this manifests itself in most riders as a set of rules they feel they must follow to keep themselves safe.

But just how many of these rules bear scrutiny, and how many are just bad habits or things we’ve seen other riders do and then mindlessly copied without a moment’s pause to consider the facts? Let’s dive right in and take a look at the top 5 motorcycling safety myths that really need to be forgotten.

This one’s so old it’s almost an antique. While it’s pretty much self-explanatory, I’ll break it down anyway.

Most riders quickly notice that car drivers occasionally start changing lanes into what you thought was your space. Be it a blind spot issue or just a general lack of awareness, it only takes a few of these moments to burn the idea of invisibility into a rider’s brain. The easiest solution—especially to those who have recently bought their first Harley-Davidson bike—is to let everyone know you’re there with the deafening roar of your pipes.

Sure, it kind of makes sense: the louder you are, the more attention you’ll get. Just go down to your local shopping mall and start screaming at the top of your lungs. You’ll soon get the idea. But as much as I chuckle at the notion, it’s badly flawed in practice.

First and foremost, riders need to take charge of their own safety. If your main line of defence is volume and you still suck at placing yourself on the road in the best possible position to be seen and react to emergencies, then all the noise in the world won’t help you.

Part awareness tactic and part aggressive punishment for perceived on-road offences, the rev bomb is popular with riders whose engines are capable of dropping them—namely, high-revving sports bikes and nakeds. Often used in preference to the bike’s horn, the rev bomb aims to take things a little further than an upset honk the same way shouting ‘EAT A BAG OF DICKS!’ and spitting in someone’s face takes things a little further than saying, ‘Please excuse me.’

I get it. Sometimes, the factory horn just doesn’t do the job—or, to put it more accurately, your anger levels are way beyond what a lame ‘beep beep’ can satisfy. I have two words for you here: anger management.

Rev bombing is a fantastic habit if you want to prove to people that all motorcyclists are angry idiots just waiting for a fight. And it’s also a superb way to put excess strain on your bike, which is probably very similar to what your anger is doing to your own body via stress. Unless you know how to do some basic motorcycle maintenance—and even if you do—I don’t recommend it.

We make some amazingly stupid choices when we are angry. One minute you’re rev bombing some ‘idiot,’ the next you are overtaking on a blind corner and staring down a large truck coming at you head-on. The lesson here is to keep calm and not let things get to you.

I’m guessing what you think about lane filtering will really depend on where you are from. If it’s legal in your neck of the woods and you’ve been doing it since you first started riding, then I’m fairly certain you’ll get what I’m about to say here. But for those that have been taught not to do it or live in a country or state where it’s illegal, lane filtering can sometimes be a contentious subject, even amongst motorcyclists.

Rest assured, I’m not condoning throwing your 866-pound Harley Davidson Road Glide between two Hondas on the interstate at breakneck speeds. Hell no. What I’m saying is that in stationary or slow-moving traffic, it’s much safer and more convenient for all road users if motorcyclists move to the head of the queue at traffic lights and in traffic jams.

This is not opinion or conjecture; it’s been proven in more than a few studies globally. Think of how much water you can fit into a bucket that is already ‘full’ of rocks; it’s the same thing here.

Ironically, my experience shows that the biggest danger riders face when filtering is road rage from car drivers who think that overtaking them while they are stuck in traffic is akin to sleeping with their mothers. Rush hour traffic isn’t a race, people.

I dare say this idea probably came about in the early days of ABS technology—think BMW bikes in the late 1980s—when ABS systems were heavy and basic, and some skilled riders could ‘beat the system’ in a few situations. But since then, the systems have become lighter, smarter, and extraordinarily good at stopping bikes safely. I still remember an article from the famous British BIKE magazine where they tested the newest Bosch systems in the late noughties by doing some (seemingly) insane emergency stops over sand-covered cement and muddy asphalt with repeatable, safe, and predictable results.

I suspect that the root cause of this ‘anti-ABS’ sentiment came from butt-hurt riders being told they needed ABS in the first place. That and the extra weight that older ABS systems added to the bike.

It may be a tough thing to hear, but no, you aren’t as good as you think you are. And while you may be great at stopping when you know you have to under controlled conditions, it’s the situations where you don’t see danger approaching or where conditions aren’t ideal where you’ll get hurt.

Motorcycle Safety Myth #1: You Are a Great Rider

I’ve saved the best to last. Yes, it’s easy to develop a ‘they’re out to get us’ mentality after enough city and freeway riding where it’s just you and a whole bunch of very big, very hard cars and trucks. You get that entrenched ‘us versus them’ attitude, and they become the target of all your attention, both good and bad.

But you know what? Almost half of all motorcycle accidents are single-vehicle crashes. And that’s just amongst the ones that get reported. Imagine how many riders hit the scenery when no one is looking and end up too embarrassed to tell anybody after escaping serious injury.

The bitter pill to swallow here is that you are just as likely to go to the hospital (or worse) thanks to your own stupid mistakes, excessive speed, or just plain lack of skills than you are to be hit by a little old lady in a Volvo. Like many of the lessons here, this is another one that requires you to put your personal safety—and not your ego—before all else. Because the sooner you accept that you aren’t as good as you think you are and that there’s always something more to learn that can make you a better rider, the better a rider you will be.