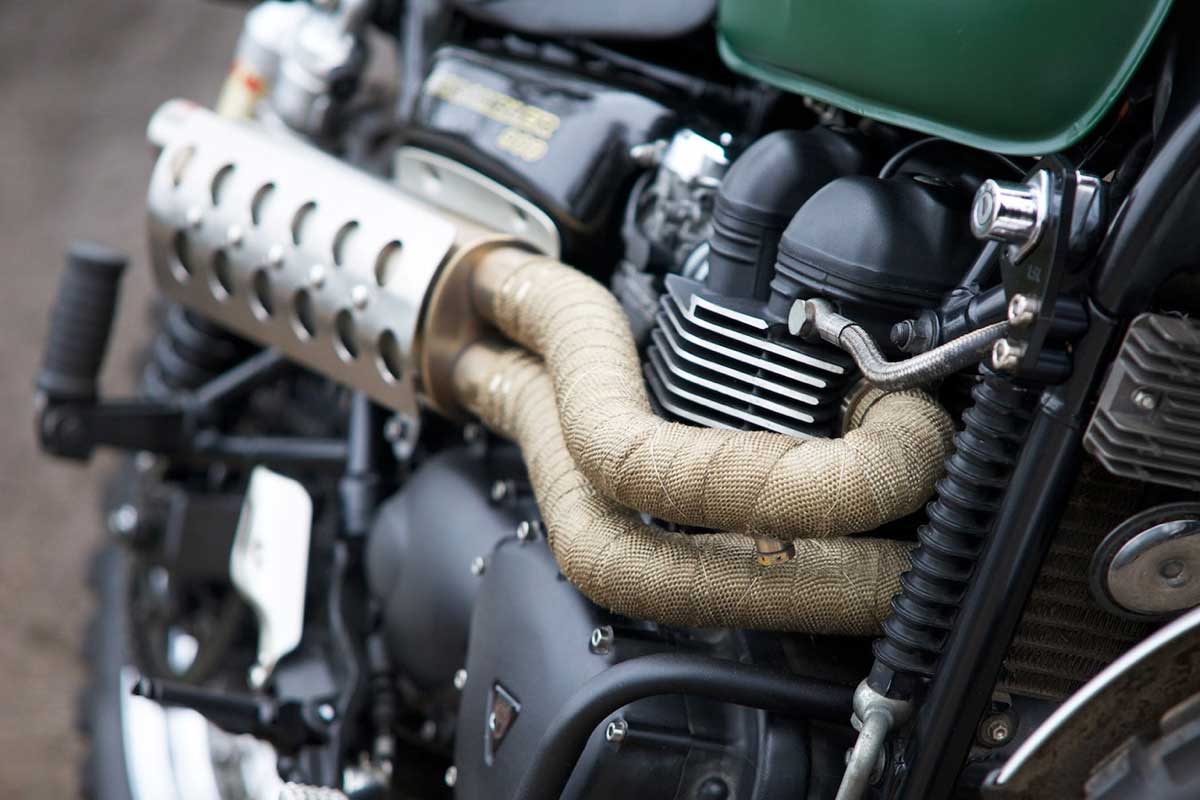 In a previous life, I spent the best part of ten years sifting through an almost infinite amount of custom bike photos. I won’t bore you with the details here, but without a shadow of a doubt, I’d humbly suggest that only a handful of people on the planet have seen more half-arsed custom bikes than little ol’ me. And if you think that’s bragging, you really need to get out more.

To take a ‘silver linings’ approach to the whole experience, I now know many, many handy tips about custom bikes and how not to build them. Take, for instance, the fact that—surprise, surprise—putting green neon lights under your bike at night isn’t as cool as you think, and decorating your bike with flaming skulls is about as rebellious as sending your kids to a private boarding school.

But what other dud-looking mods should you also avoid? Here are my top 5 in no particular order. Yes, that’s right; they are all as equally horrible as each other. You have been warned.

The rise of cafe racers over the last ten years has inspired a new wave of ideas for how to build a custom bike. Wrapping your exhausts with fiberglass tape is definitely not one of them.

Although some might make a dubious claim about fiberglass wrap making your bike ‘more powerful’ (thanks to the increases in exhaust gas temperatures), the 0.001 new horsepowers you may have gained by taking the time and effort to do this will be instantly negated once they get filthy, wet and start corroding your pipes. Just say no.

Add this to the fact that they take all of one ride in the rain to collect a buttload of road filth and grime—whereupon they’ll start to resemble the clothes of a long term homeless man—and you’ll hopefully begin to understand why they are such an obvious no-no.

Sure, it can look cool on 1960s racing cars and the like, but for motorcycles (especially ones that are ridden regularly) they are just a recipe for crap looks and pitiful chuckles from fellow riders. For the love of god, please get your pipes ceramic coated instead.

God knows they are so tempting. Cheap to purchase. Quick to install. And they look so cool in those eBay photos, don’t they? But the fact remains: customizing a bike is neither cheap nor simple and if you decide to take the easy road on must-have motorcycle accessories, you’re screwed before you even start.

99% of the time, you’ll be disappointed by their quality once they arrive, they’ll be a pain to install because they are trying to be one-size-fits-all (which usually means everyone has issues), and like our fiberglass friend above, they’ll last about a day or two outside in the weather before they look like shit.

Just like a modern-day ‘Expectation vs. Reality’ meme made real, what you pictured in your head when you made the purchase is never how things turn out. And like the ubiquitous Ikea furniture, even if it does last a year or two, you’ll end up having to replace it eventually—so any cost savings you would have made initially are totally negated by the fact that you have to buy it twice. Or even three times.

Just remember this: buy them once and make sure they are from a quality manufacturer like Rizoma, Moto Gadget or the like; you get what you pay for and not a penny less.

Yes, I know you’re all expecting me to unload on Firestones here, but guess what? I’m not going to. And that’s because in some situations and for some bikes, Firestones (and Shinkos and all those ‘retro tread pattern’ tyres) can look amazing.

Insead, what I’m railing against is builders making inappropriate tyre choices. This might mean putting off-road tyres on a bike that will simply never see the dirt, or going for super wide rubber on a bike to ‘look cool’ when the reality of that choice means bad handling and a whole bunch of mechanical work-arounds just to get them to fit without rubbing.

The path to success here is to try and be realistic about how you are going to use your custom bike. Then, look at a tyre choice that is most appropriate for the majority of the riding you will do.

Have a ‘scrambler’ that will mostly be ridden on-road? Then knobbies would be the last tyre type you should be looking at. Instead, just do a little research into ‘dual purpose’ tyres like Dunlop’s Dual Sports and Metzeler’s Karoo series.

Still not satisfied? Then get yourself two sets of wheels and tyres; one for show and one for go. Sorted.

Nothing turns my stomach more than custom bikes with fake rust and airbrushed patinas. Add faux bullet holes and fake warplane artwork into the mix and I’ll likely be showing you what I had for breakfast right there on the sidewalk. The only good patina on bikes is real patina.

Got yourself a 1950s Sporty that has never been resprayed with some nice rust and flaking chrome? Great work! Here’s a virtual high five. Got yourself a two-year-old Harley with fake rust and pretend WWII airplane rivets airbrushed all over it? Well, it’s a free country I guess, but if you think you look cool, I may have some ‘distressing’ news for you. See what I did there?

I get it. Patina looks cool on an old bike. I can connect the dots that lead builders to think that if it looks cool on a classic Triumph they saw somewhere, it’ll also look cool on their new bike. But just like good taste, riding skills and street smarts, Patina can’t be bought, only earned.

The real irony here is that for the price you paid for that brand new motorcycle with fake patina on it, you could have purchased an old bike with real patina on it and probably had money left over to get it running and make it reliable.

It’s the same thought that always crosses my mind when I see a middle aged man in a brand new $250,000 Porsche; why wouldn’t he have just bought a classic 911 instead? One says “I have money,” but the other says, “I have taste”.

Now let me be very clear here. I’m a steampunk fan, no doubt about it. And if it’s the Japanese Anime kind, then I’m there with bells on. But unless you are Hayao Miyazaki, H.R. Giger, or Daniel Simon, then I’d put money on the fact that you probably don’t have the design chops to pull off a really solid steampunk custom motorcycle design.

Instead, you’ll probably end up with a custom bike that looks more like a cross between a bad Comic Con outfit and a cheap giveaway prize for a b-grade fast food outlet. And no, just because you covered it in brass rivets and useless steam pipes, that doesn’t make it any better. Quite the opposite, actually.

Naturally, I can see the attraction. There’s something timeless and beautiful about a bike that looks like it was designed by an H.G. Wells and Jules Verne tag team in 1905.

But unless you  have a hollywood-sized budget and a world-class custom bike builder to turn your ideas into reality, you’re going to be stuck with modding a factory-made bike. And that means instead of creating some fantabulous ride that looks like it materialized from an alternate reality, you’ll end up with a previously decent motorcycle that now looks like it’s been covered in glue and crashed head-long into an 3rd-rate antique shop.