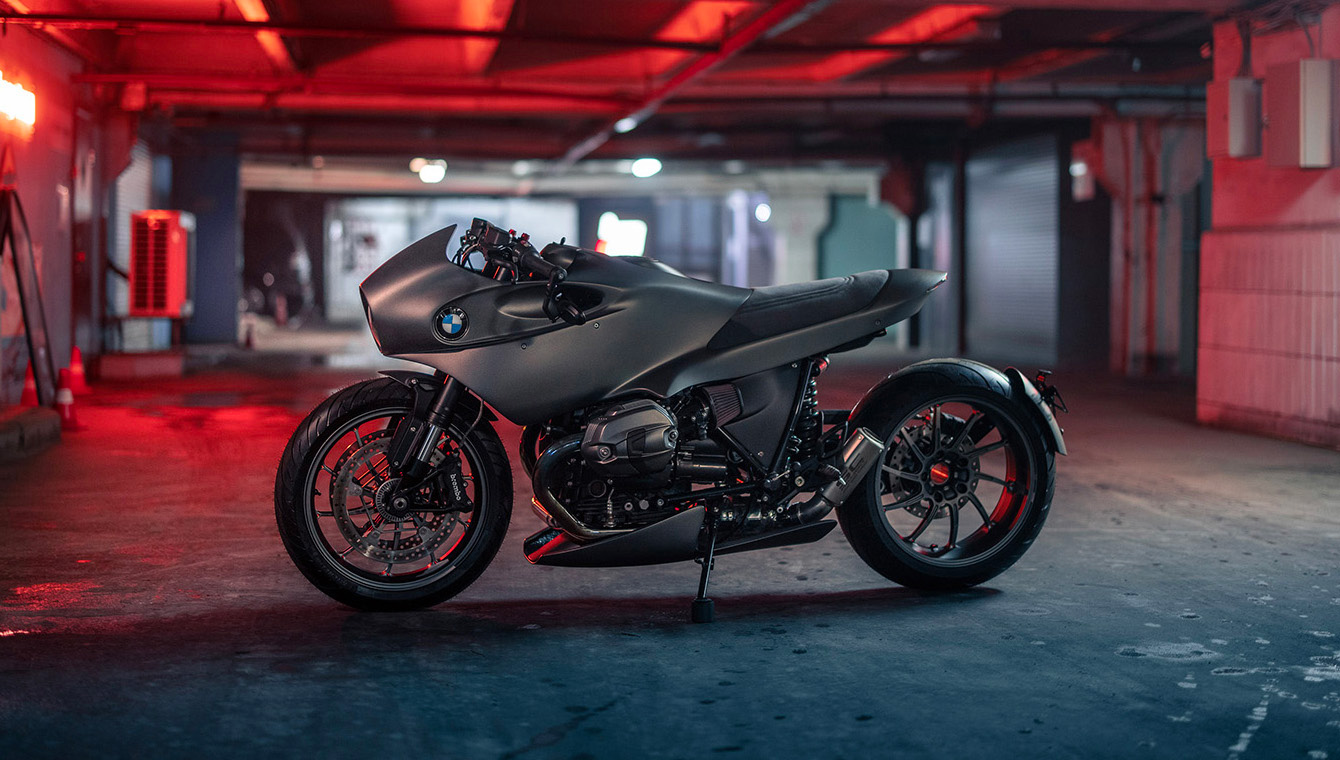 It goes without saying that 2020 wasn’t the greatest of years for most of us. Or as one US news reporter said about a year-defining event, ‘That was a hot mess, inside a dumpster fire, inside a train wreck.’

But it’s important to remember that for the world’s top motorcycle customisers, being locked indoors for a year with nothing to do but think and create provided us fans with some amazing silver linings.

So while remaining COVID safe, worrying about the extra weight you’ve put on and scanning the news for the next piece of global insanity, please enjoy this, our Top 5 Custom Motos for 2021.

If Kaffemaschine’s Axel Budde was a band, he’d be AC/DC. He’s worked hard to create something that’s both classic and screamingly cool, and he’s sticking to it like glue. With an unflinching cafe gaze that’s directed at ’70s and ’80s Guzzis, here’s a man that understands details. And what beautiful details this roadster has.

Designed for a customer that didn’t want to have a massage therapist riding alongside them, Axel made sure he kept its long-haul comforts top-of-mind. The fact he was able to achieve it while staying true to Kaffemaschine’s ‘retro-racer of your dreams’ aesthetic speaks volumes to how well he understands classic motorcycle design.

Speaking of which, note the nifty details like the hand-made tank, the luggage rack and the things you can’t see like the hidden USB port and the under-seat storage compartment. Shut up and take my Euros.

Hiroshima’s Heiwa Motorcycles is operated by custom legend Kengo Kimura. Quietly toiling away in his unassuming suburban garage, the craftsman exhibits all those time-honoured traits oft-prescribed to his fellow Japanese artisans: patience, attention to detail and a passion for minimalism.

Having spent many years producing world-class custom Triumphs, he recently turned his considerable skills to the offroad genre. This is his latest, and it’s based on the Suzuki TU250, a bike so unassuming most Western riders wouldn’t recognise it if it started doing sideways slides on their privates.

Kengo Sensei built the bike for himself; that means there are zero tricky customer requests and much more of exactly what he wants. Goodies include Dunlop D603s, Kayaba shocks, a pod filter, a custom stainless exhaust, a new seat and a ’76 Suzuki RM125 tank.

The cherry on top is the stainless ‘oil tank’ under the seat which is actually a reserve gas tank. Just flick a few clips and you can remove it and pour it into the main tank. Genius, huh? Makes you wanna scream, ‘MAKE THIS NOW!’ into the ears of a Suzuki executive, don’t it?

Yeah, we know. Electric motorcycles blah, blah, blah. Now just when you think they were all hype, along comes Spain’s eccentrically-named Trevor Motorcycles.

Self-proclaimed purveyors of ‘clean dirt bikes,’ their new DTRe Stella lets you tear flippin’ great swathes of landscape out of your local dirt track all while giving Mother Nature a big, wet, inappropriate kiss. And just look at those lines. Thanks, electricity! You also have to admit that when it comes to off-roading, the abilities of instant-on electric motors make a whole bunch of sense.

Using a California designer, Trevor’s Philippe Stella and Jeroen-Vincent Nagels, set out to create something that would allow them to explore their beloved Catalonia without attracting too much unwanted attention from the locals and/or the fun police.

Unless you were living under a rock that was itself under a larger rock, you would have seen the BMW R nineT pictured below from Moscow’s Zillers Garage in 2020. With show-stopping pneumatic suspension, it looks like something Judge Dread would ride and it leaves a similar impression. Dear random onlookers; consider your eyeballs now punched in the face.

But what if I told you that even if you didn’t have a quadrillion rubles, you too could roll up to your local hangout and make a similar splash? Well, thanks to the AMD World champ and Zillers owner, Dmitry Golubchikov, you can.

You’ll also get to pick from a bunch of personalisation options. If you’re interested, be real quick as eight of Ziller’s USSR and USA fans have already said ‘Da’ to owning one of their own.

We intentionally left the best, and most crazy-ass, to last. We’re still reeling from just how cool and creative this latest design from Germany’s Hookie Company and Russian vehicle designer Andrew Fabishevskiy is. Unless you’re a clueless, Insta-addicted Millennial, you’ll no doubt have fond memories of pretending you were an astronaut when you were a kid.

And as someone who is here because they love all things with wheels, there’s little doubt NASA’s cooler-than-cool ’70s space buggy remains burnt into your brain. Hell, they used it to do burnouts in space. We are not worthy. 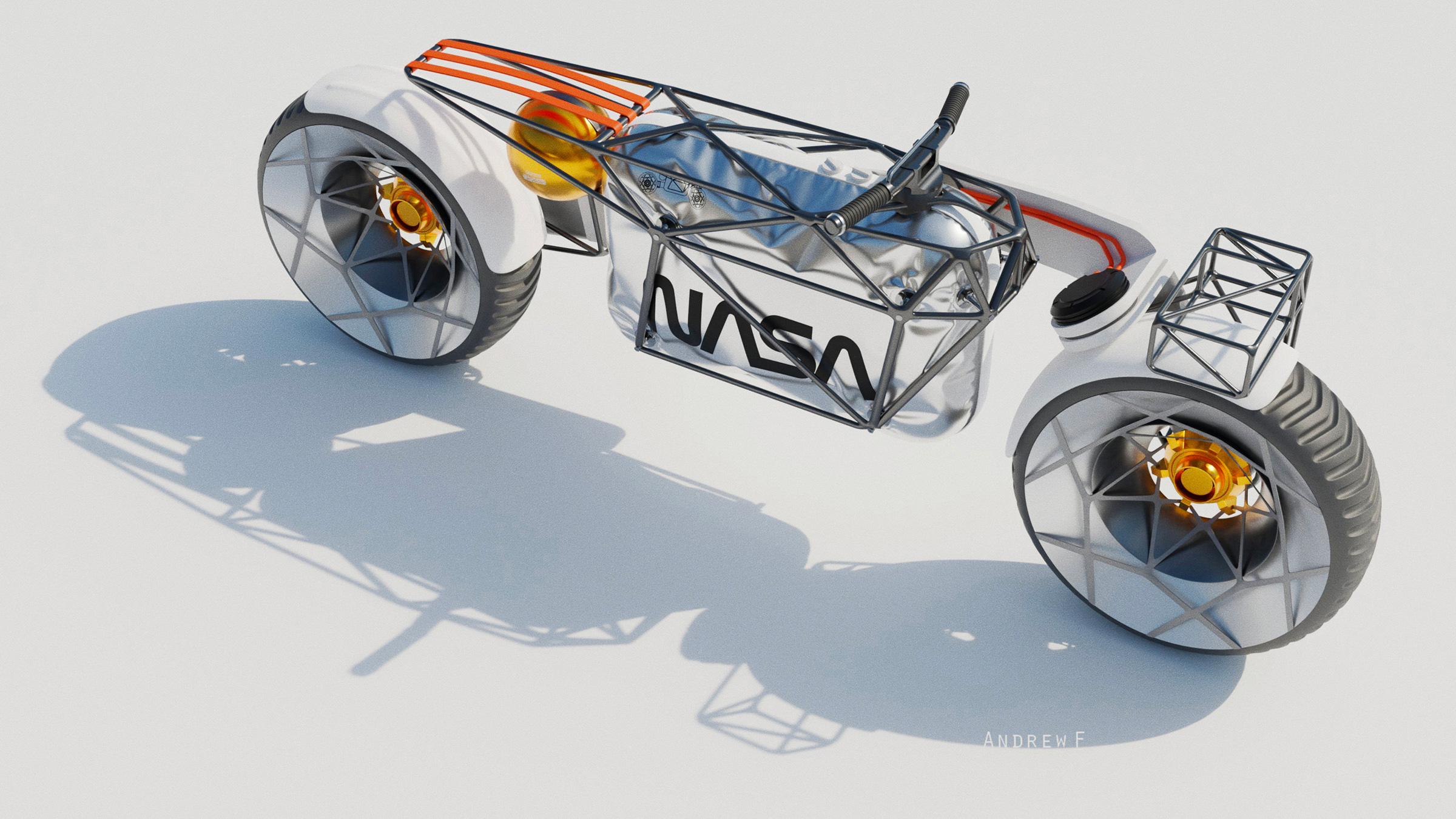 So, taking the simple yet genius thought that wondered, “what would a two-wheeled version of the Moon Buggy look like?” Andrew and Hookie’s Nico Müller got into a Buzz Aldrin state of mind. The resulting bike is named after the ‘Tardigrade’ – or Water Bear – the newly-famous micro-creature which can apparently survive on the moon’s surface without any protection.

It’s currently in a render-only state, but amazingly, Nico says that construction on the real deal has already begun. We’re still stunned at the genius. Behold what may possibly be the most ‘out there’ custom bike design we’ve seen in years; pun fully intended.